Ynkleudherhenavogyon comes from the mythical Cornwall (South West England). A peninsula known for its magnificent monuments from forgotten times of the Celts. „Honan Bleydh“ is a personal journey to manifest those primordial powers that are hidden in those monuments and in the vastness of the ocean. All Ynkleudherhenavogyon releases were written in Cornish language to become one with this primordial entity. Raw occult black metal with pagan roots in the dark history of Cornwall.

Limited to 200 copies.
To be released around October MMXX. 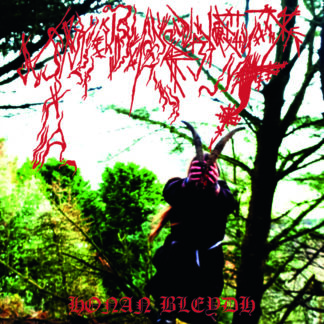