Originally recorded back in 1978-79, “The Time Lord” features Pagan Altar’s earliest recordings. Two of these flawlessly executed tracks are from a 24-track recording session, and the rest of the album are early, atmospheric versions of songs that were later re-recorded on Judgement of the Dead. This LP includes a long-lost, never-heard before version of “Night Rider”, from the same era as the other songs! This is pure doom metal sorcery. LP version includes insert, new layout and remastered songs.

Released by Temple Of Mystery. 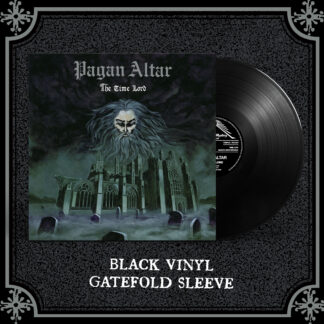