It’s impossible to define the genre behind Osamu Kitajima’s music. “Masterless Samurai” is another step in the ongoing career of Kitajima. It’s a very unique blend of Jazz Fusion with traditional Japanese music. There aren’t any other albums that would sound similar to this incredible effort by Kitajima. His knowledge in traditional Japanese music and his love for Progressive Rock and Jazz makes “Masterless Samurai” an incredible Fusion album and another highlight in his career. He left Space Rock elements behind and moved towards World and Ethno music that will continuously appear on his following release “Dragon King”. 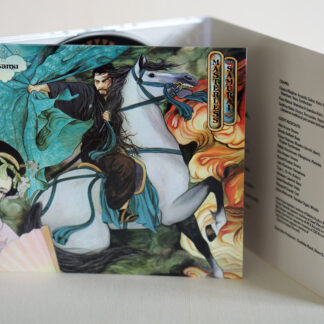