Two years after releasing their first demo tape „Siesta Infernal“, GOAT EXPLOSION are back with their first full length „Rumors Of Man“. They follow the path they pursued in 2015 that leads them through traditional riffing of early Heavy and Doom Metal through the winding depths of Stoner Rock. Accompanied and perfected by outstanding vocals that tinge the music with a melancholic touch, the diversity, and sovereignty of this record will blow you away like the weed you probably just smoked. Get your copy now and praise the vulgar saints of GOAT EXPLOSION! 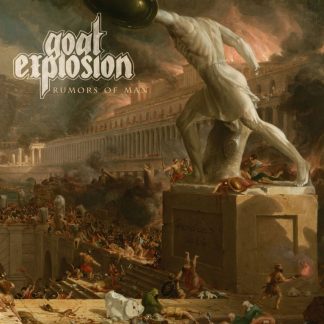